I do appreciate people contacting me about a business idea they have where they need the help of an experienced software architect or database specialist. However so many non-tech people keep asking for NDAs, and often so after writing only one sentence (or less) about what the project is about. Because this happens more than once, I'll do what any serious developer would do - write a script to automate it. So here's my automated reply:


I'd love to hear more about your project. I will need to know more though, to make sure I am the right person to do it. However, there is one issue, and that is your mention of an NDA. Allow me to elaborate. 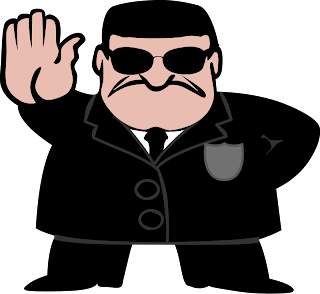 An NDA basically tells me, the developer/architect/database specialist, that I can't use anything that's in your description of the project in other projects. The problem with this is that I may already be doing, or may already have done, some of the things you're describing - very likely actually. There is usually very little in a document from a non-technical person like yourself that has never been done before. What is unique with what you wish to achieve is very often a collection of things that has been tried and tested, combined in a new and innovative way. Now don't you think it is a bit unfair to tell me I can't use any of the methods and techniques you describe in other projects? Keep in mind, I'm probably already doing or have done most of it.
At this point I occasionally get the request to list all the things I have done or already know so that there will be no doubt. Seriously? Can you make a list of everything you know?
An NDA is an attempt to copyright what I learn while working with you, while you're happy for me to use the knowledge I already have gained from working on other projects earlier. Let's face it, practically everything I know about software, databases, etc is because I needed to learn it for some project in the past. If every one of these had made me sign an NDA, I would not be able to perform my job. I'd have to abandon my profession and do something else, like farming or firefighting, because everything I know would be blocked by an NDA.

In fact, I'd take it further and say if you get someone to sign an NDA at this point, you probably got the wrong person. Personally I would never work with someone willing to sign an NDA nilly willy. Sometimes I even ask for NDAs from developers I partner up with just as a test whether they are "contractually intelligent"!
Why would someone sign an NDA at this point? I can think of two reasons, none of them are good for you:
A common fallacy for non-tech people, maybe particularly people working in copyright industries like music and film, and well, lawyers/solicitors, is that if you tell someone about your idea, the first thing they'll do is to copy it and become your competitor.
This is generally false. You see, even if developers can develop all the software by themselves, they generally don't want to. Good software developers know very well that if they sit down for a few months all alone to write some software, it'll probably be quite rubbish. Or to be more specific - it'll probably work wonderfully, but it would be suited only for them to use.
The reason is that we also need people with domain expertise, or the special combination of knowledge and experience that will make it succeed.
That's you! 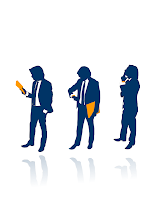 I wouldn't develop an accounting system without an accountant, or a retail system without partnering with at least one retailer. This is despite the fact that I know quite a lot about both accounting and retailing - but not as much as an accountant and a retailer.
Note that there are some rare exceptions, for example if the developer have considerable domain expertise themselves. I could for example develop my own logistics system by myself, because in my youth I worked in a warehouse, even setting up a new one, and I've worked in retail and as a delivery truck driver, and I've been on the receiving end of the logistics trail hundreds of times, obviously. I've also developed numerous logistics related systems over the years, so you could say I know a couple of things about logistics. But I still haven't developed my own logistics system, even after all these years - so even if you approach me with a logistics related idea, you have to ask yourself - when he had this knowledge all along, and still didn't develop his own system, will my idea make any difference? Or could it be that it's not the idea he's waiting for but the right partner, circumstances and/or network?

Personally I have a long list of business ideas that I won't start because I don't have the right partner and the right circumstances yet. There is simply no shortage of ideas. Ideas are cheap - free even! In a world where ideas are abundant, is there any point stealing someone else's?

In fact there's a much bigger chance you'll use the NDA to stop me from working on some project in the future, however unrelated it is to your own project, and even if your project was never developed. Yes, I know, sounds absurd doesn't it? Well now you know how I feel when being asked to sign an NDA to protect an idea that I would never "steal" anyway...

So I'd love to hear about your idea, but if you're waving an NDA in my face before even telling me what this is about, I'm simply not interested.

PS: No offence meant, by the way. If none taken, then I think we have something to talk about.
PPS: A non-compete agreement, limited in scope and time of course, is a different matter, but that's not up for discussion until much later. Besides, if I am a partner in a project, this is implied anyway.
Posted by Ronny Ager-Wick